Bio: Eliana Sigel-Epstein is a director and theatre-maker in Chicago. She graduated from Tufts University in Boston, MA in May 2011 where she directed Chekhov’s Uncle Vanya and Jean-Claude van Itallie’s Eat Cake, among others, and performed in over 8 productions. In the fall of 2009, she studied at the Moscow Art Theatre, and she cannot wait to return to Moscow, especially with some of the inspiring artists she met while studying there in 2009. Currently, she is directing a staged reading of an original adaptation of The Marriage (Gogol) and working in the Development Department at Writers’ Theatre in Glencoe, IL. In her free time, she practices Russian thanks to Rosetta Stone and watches Jon Stewart’s The Daily Show nightly. 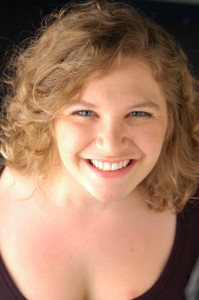 What attracted me to this program?

When I studied abroad in Moscow junior year of college, I saw theatre productions unlike anything I had seen before. Perhaps because of the language barrier, I saw productions that communicated stories that transcended words. “Opus No. 7” at GITIS particularly amazed me with its imaginative and evocative storytelling about a very painful subject. I am excited to learn from masters of theatrical storytelling, whose works like “Opus No. 7” and others redefined my expectations of theatre. I am also looking forward to the challenge and adventure of studying and learning in a foreign country.

Why do I do theatre?

The reason that I create theatre is because of the essential role it plays in our culture. Theatre and storytelling is one of the oldest traditions, and I think it’s because humans need storytelling to make sense of their lives. Every time I am part of creating theatre, I know I am joining that tradition of storytelling.

I also truly love the process of working on a theatrical production. I love that theatre relies on collaboration, and as a director I am able to facilitate that collaboration. It is nearly impossible to create theatre by oneself. Even if an artist wrote, directed and performed a solo performance, I doubt this performer would really feel that it is “theatre” unless it is performed for an audience. Of course, this collaboration creates challenges and can even inhibit an artist’s vision. But those constrictions make creating theatre all that more exciting and fulfilling.
I hope to achieve a unique approach to making theatre that defines the conventions we typically see in American theatre. Too often, I see theatre that relies on previously established conventions. Audiences attend plays with expectations based on the plays they have seen before, and actors, playwrights, and directors deliver on that expectation. However, I want to give audiences something unexpected when they go to the theatre. I want to give an audience the experience of watching a story unfold in a new and exciting way, so that the story stays with them and means something to them. I do not want to create theatre pieces that are easy to digest, but pieces that requires one to wrestle with the ideas and manner with which they are presented. I hope that by creating theatre and learning about theatre in a unique environment like Russia, where the theatre is as highly regarded culturally as I regard it personally, I will learn how to create original and powerful theatre.