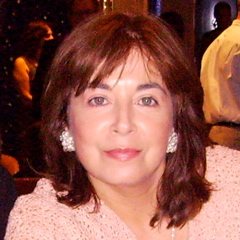 Elaina Artemiev graduated from Russian Academy of Theatre Arts (GITIS) with MFA in Directing. Later she completed Ph.D. at the same institution. She is one of disciples of Maria Knebel who was a distinguished Russian Theatre director and the student of Konstantin Stanislavsky and Michael Chekhov. Elaina was a founding member of the Tabakov Studio Theatre in Moscow, where she worked for many years before starting a teaching career at the Moscow Art Theatre School (MATS). Many of her students achieved national and international acclaim in the Theatre, TV, and Movie industries. She moved to the United States and joined Butler University Faculty in 2005.

Elaina founded the Butler International Theatre Exchange Program and has developed a system to training that incorporates Michael Chekhov’s Method, Vakhtangov Research, and Stanislavsky System. This unique course is aimed at developing an awakening of actor’s imagination, stage awareness, and creativity.

In 2012, she founded International Foundation for Theatre Education and Research (IFTER) while developing a brand new program for postgraduate students in Acting and Directing at GITIS with training in acting, directing, voice, movement, dance and Russian language. 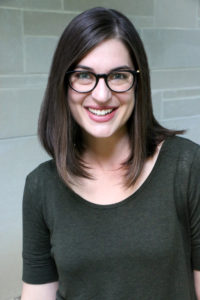 Greer Gerni is a proud Hoosier and now a New York based theatre artist. Greer is a former student of Dr. Artemiev and has been with IFTER since the very beginning. She recently launched IFTER’s NYC Workshop program which offers artists free and reduced-cost workshops lead by international theatre artists in various theatre techniques. In 2014, Greer was chosen to be the theatre teaching artist for Alegria’s Hope Through Art program at La Comunidad de Niños Sagrada Familia in Peru, a school and home for abandoned youth.

Greer is a PhD student in Theatre History, Theory, and Literature at Indiana University where she teaches Script Analysis, Introduction to Theatre, and Theatre History. Her research focuses on 20th and 21st century Russian Theatre. She holds a Master’s Degree in Educational Theatre from New York University and a BA in Theatre from Butler University in Indianapolis, IN. She also trained in Acting at the Moscow Art Theatre School and holds a Post-Graduate Certificate in Acting, Directing, and Biomechanics (Meyerhold) from the Russian Academy of Theatre Arts (GITIS). 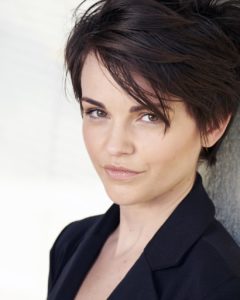 Emelie O’Hara is excited to join the IFTER team. An artist with over 20 years’ experience in film, theater, and television, Emelie studied writing and directing at the Colorado Film School and has worked in film in Colorado, New Mexico, and Los Angeles. She has appeared in over 40 theatrical productions across the United States and Europe.

A life-long actress, Emelie received her classical training at Will Geer’s Theatricum Botanicum, where she fell in love with Shakespeare. To develop a greater understanding of Irish theater, she spent a winter semester at The National Theatre School of Ireland (The Gaiety School of Acting). Most recently, she was honored to attend the study abroad program at the Moscow Art Theatre through IFTER. 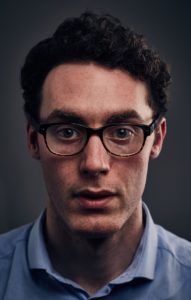 Joshua is an actor and theatre maker based in London, Britain. He trained at Goldsmiths University in English and Performance and on IFTER’s Moscow Art Theatre School Summer Intensive.
Joshua is strongly influenced by devised and ensemble theatre practice, something that led him to working in France on projects for the Paris fringe and with students from Lecoq. Following this, and a year of acting work in London, Joshua trained at MXAT on the summer intensive, further wishing to explore different theatre practises and to develop his skills as an actor. Joshua is now working to apply these principles through his London based production company, Metamorph Theatre, and through continued collaboration with Paris based artists.